You May Need a Lawyer: New York Fiduciaries Can’t Represent Themselves in Surrogate’s Court 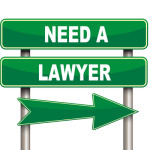 Estate executors and administrators are not allowed to represent themselves in New York’s Surrogate’s Courts.

The general rule is that non-attorney individuals are permitted to represent their own interests in court – this is known as proceeding pro se. However, the rule only applies where you are representing your own interests and not that of others. For example, if you sue someone because he or she owes you money, you are not required to hire a lawyer and you have the right to act pro se.

For estate executors or administrators, the pro se rule does not apply. Executors and administrators are fiduciaries obligated to represent the interests of persons interested in the estate, e.g., beneficiaries, creditors. Therefore, when an estate fiduciary is a party to a court proceeding, he or she appears on behalf of all of the persons interested in the estate. Under those circumstances, the fiduciary cannot proceed pro se because a non-attorney representing the interests of other persons would be considered to be practicing law without a license.

In a recent case, the New York County Surrogate’s Court addressed the issue of an estate fiduciary appearing pro se. In Van Patten, the non-attorney executor of an estate filed objections to a trustee’s accounting. The court found that the executor could not proceed without the representation of an attorney. The court reasoned that the executor was representing all of the interested persons of the estate, not just herself, constituting the practice of law without a license. The executor argued that she was the only beneficiary of the estate. The court, nevertheless, held that she also had a responsibility to the creditors of the estate and represented their interests.

Previous post: Understanding the Law: What Happens to Debts When You Die?