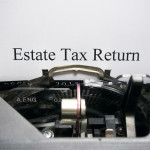 As expected, the final New York State Budget legislation passed on March 31, 2014 and it includes the biggest changes to the estate tax laws in decades. Before the change, a decedent domiciled in New York State at the time of death whose estate exceeded one million dollars ($1,000,000) in value was subject to New York’s estate tax and a return had to be filed even if there was no tax due. This is in stark contrast to the $5,340,000 federal filing threshold for decedent’s dying in 2014. As an example, under the old rules a decedent dying with a taxable estate of $1,100,000 paid no federal estate tax, but owed $38,000 to New York State.

What does this mean to you? A New York State resident dying after April 1, 2017 will be able to pass, at least, $5,250,000 without paying any estate tax at all – zero. Great, right? Well…there is a catch and we’re calling it the cliff.

Watch Out for the Cliff – it’s a steep one…

The new estate tax law includes a provision that gradually eliminates the applicable credit amount for New York taxable estates that are between 100% and 105% of the basic exclusion amount. Worse yet, it wipes out the applicable credit amount entirely for the estate of a decedent whose New York taxable estate exceeds 105% of the basic exclusion amount. Sounds complicated? I’ll try to make it a bit clearer by way of illustration:

Other Notable Provisions of the Law:

If you have questions about the new tax laws or need assistance with your estate plan, contact a qualified New York estate attorney in your area.

Next post: Executor Held Liable for Breach of Fiduciary Duty – Lack of Due Diligence in Sale of Real Property