Separating Estate Plans after a Divorce 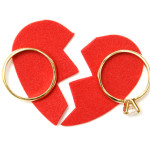 There are many things that you must sort out and put back together after a divorce, but you should not put off separating your estate planning documents. It is vitally important that you update all of your relevant estate planning materials that kick in after your death once you divorce to avoid having assets from your estate go to your former spouse.

Failing to update your estate plan after the divorce could lead to some or even most of your estate assets going to your former spouse or their family. Legally, this can occur even if it was not your intention or your final wishes. While most states will disallow former spouses from inheriting under a will, other estate planning tools can still remain valid.

Example of an Unattended Estate

In New York, Robyn Lewis died in 2010 after she and her husband divorced in 2007. Her previous will stated that her husband was to receive all assets including the home, and it named her father-in-law as the second beneficiary to the home. While New York law automatically cut out the former husband from inheriting under the will, her father-in-law’s claim to the house was still valid.

The main takeaway from this case is to stay on top of your estate plans after the divorce. This includes drafting a new will and any other documents within the plan. It also means making sure that your attorney and other family members have a copy of the new materials. If you and your former spouse used an estate planning attorney together to draft the original documents, you should both seek out new lawyers to avoid any conflicts of interest.

In addition, you should name new proxies for your power of attorney, advance directives, and any other documents that give a level of decision making power to your former spouse. In New York, this even includes an appointment of agent to dispose of your remains. Any new proxy documents should also include language that states that the previous documents are invalid.

Finally, be sure to update any and all accounts that have a beneficiary designation. This includes trusts, retirement accounts, bank accounts, life insurance policies, and any annuities to name a few. It is not uncommon for these types of accounts to go overlooked or forgotten. Assets in these accounts will go directly to the beneficiary, regardless of whatever the will or other estate planning documents may say. For these accounts, it can be as simple as filling out a new beneficiary form and sending it to the proper companies.

If you have questions about these issues, please contact a New York estate planning attorney today for tailored guidance.

Previous post: You May Need a Lawyer: New York Fiduciaries Can’t Represent Themselves in Surrogate’s Court